In contrast with competitors who are developing point of use devices via complex, expensive miniaturisation of existing laboratory processes, Sapient Sensors has adopted a radically different, yet intrinsically elegant, approach.  Its device integrates aptamer molecular recognition with solid state nanoscale electronics and flexible printed electronics. 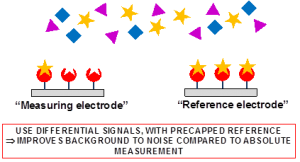 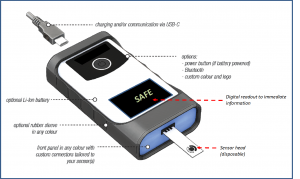 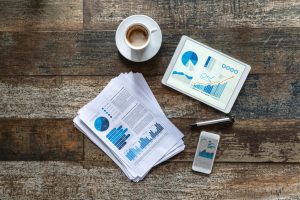 Target molecules (“analytes”) bind to cognate ligands of the sensing element in the manner of a “key” fitting into a “lock”.  When the key enters the “lock” an electrical signal is generated and detected by the reader. In previous device designs this signal has often been obscured by “non-specific binding” (NSB) of non-target molecules to  the sensor. The proprietary reference electrode system of the Sapient Sensors device cancels out the binding of non-target molecules, delivering a “clean” signal.

Sapient Sensors has developed its device from laboratory concept to prototyped manufacture on polyester substrate using Thrombin as the target molecule.  During this journey, the capability of the device has been extended from multiplex qualitative to quantitative measurement.  Quantitative responses have been detected at concentrations as low as 1pg/mL and it is anticipated that yet lower limits of detection are feasible.

Sapient Sensors is currently working with partners to develop products for Food and Human Healthcare applications.